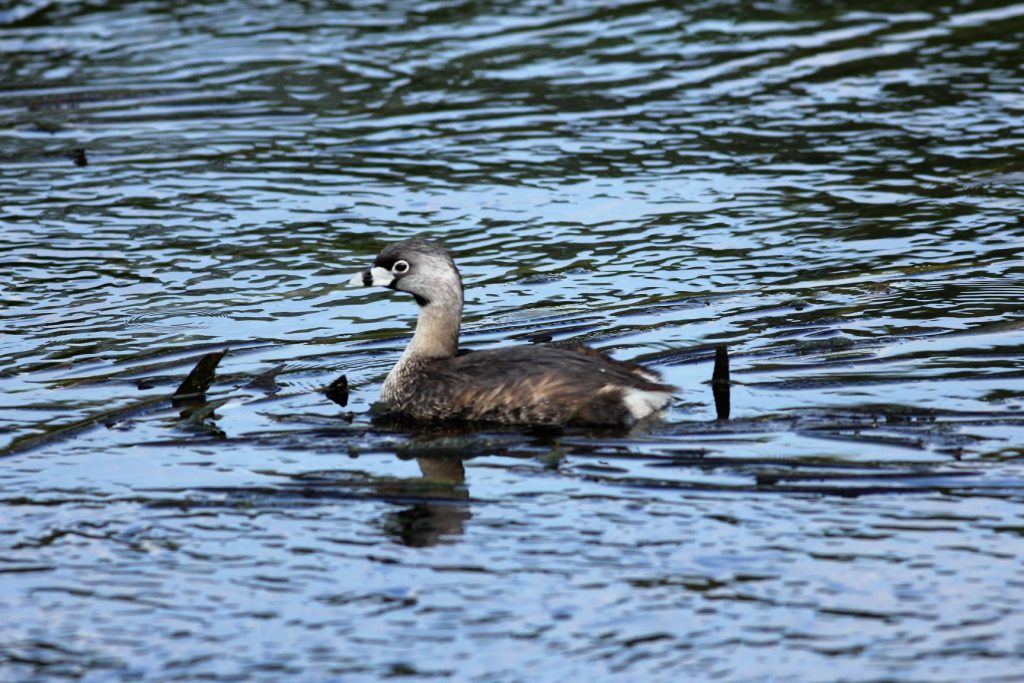 The pied-billed grebe is today’s bird of the day!

Commonly mistaken for a duck, the grebes are a family of their own. The pied-billed is the most commonly seen grebe in Southern Illinois, although horned grebes are also regular visitors. The pied-billed can be found on most bodies of water in Southern Illinois through the winter months. This critter breeds throughout the northern half of the United States. Like coots, they normally hang around the area until March. The pied-billed is about 12-15 inches long. In breeding season the male has the distinctive black ring around the light-blue bill. Audubon said the pied-billed is frequently seen in flight — come to think of it, that’s something I’ve never seen. Its diet consists of fish and insects. It feeds by diving and swimming after its prey.

Les Winkeler has been photographing wildlife in Southern Illinois for fourteen years. He primarily shoots with a Canon 450 and specializes in long range and wide angle professional grade lenses. His subjects of choice are birds, but he’s been fortunate over the years to capture stunning landscapes as well and delights in showing aspiring and established photographers new locations for wildlife sightings.